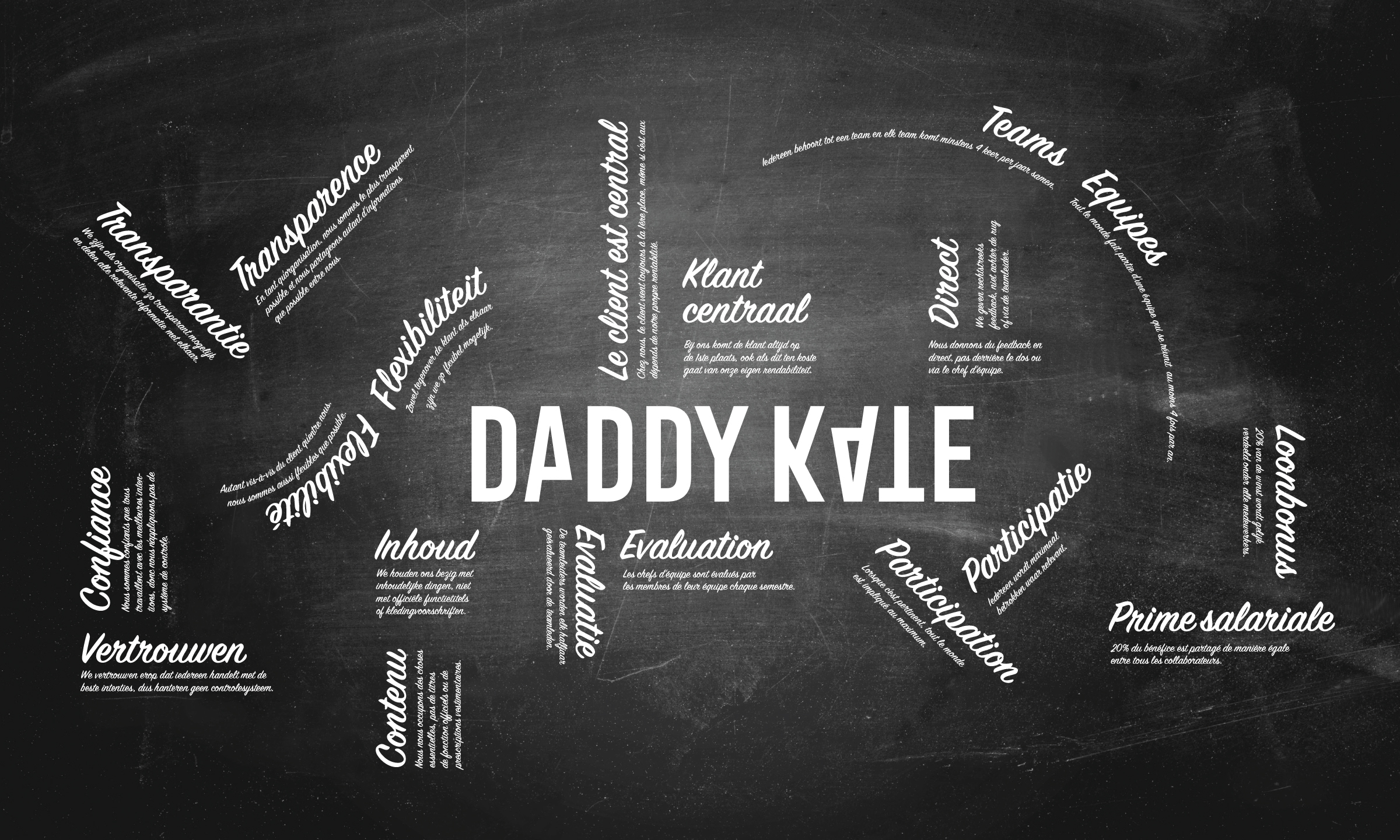 Posted at 16:01h in About our surprising HR approach, About the history and financial results of Daddy Kate, Blog, In the press by Vincent Frère 0 Comments

BUSINESS – While talking to CEO Thijs Claes of Daddy Kate of Sint-Pieters-Leeuw (Belgium), it is immediately striking with what openness Claes talks about his company. And within that, it is particularly striking that 20% of the net company profit is distributed annually to all employees.

Claes (CEO since 2013) last week published the results of the 2021 profit distribution. He did so partly because of the fact that less than 1% of Belgian employers pay similar profit bonuses or salary bonuses, while it is precisely the employees who play the crucial role in the key to companies’ success. A fine example of corporate social responsibility.

Through its forthcoming ‘Yearbook 2021’, the company’s openness will be reinforced. The company (southwest of Brussels) now employs some 125 people (25 of them in France). Turnover in 2021 was around €25 million. The company’s growth has been marked in part by a whole series of acquisitions from 1996 until the most recent ninth acquisition in 2021 of DV3 in Overijse.

The 2021 Yearbook covers many company aspects, including the results of internal staff surveys, environment, the industry and Daddy Kate’s long-term vision.

A Germanist-philosopher by origin, Claes calls himself a bit ‘atypical’: “I was asked to join the company in 2009, when my two sisters were already working in the company of my father Guido Claes, who founded it in 1978 under the name Claes Printing. Initially I was reluctant, but gradually got the hang of it. Four years later I became CEO, and a little later my father retired. I positioned myself as ‘change manager’ and decided to grow mainly through acquisitions, in addition to organic growth. Those were pretty turbulent times, but I don’t regret anything.”

At least one thing is certain, Daddy Kate has a sense of marketing. The homepage features the video below, ingeniously put together. It betrays speed, flexibility and, above all, drive. In addition, Thijs Claes provides plenty of coverage in various trade and non-trade related media. The yearbook features articles from, among others, Graphic News, Made in, Trends, Workforce, HRmagazine and VIGC.

Naturally, we ask each company about how they have ‘managed’ through the past few corona years in a world that has been under considerable pressure. Claes: “Since September last year, our volumes have been at unprecedented levels. That trend has continued into 2022. In the first five months of this year, we are already at 30% growth compared to 2021. Of course, we are now entering the summer period when things will be a little quieter, but the outlook for the whole of 2022 is promising.”

Thijs Claes: “2021 had a false start, the virus had quite a grip on campaigns, which affected our results quite negatively until the summer, then we quickly got back to full speed.”

Wage indexation and other costs

But Claes also shared his concerns about labour cost trends: “So 2022 will be a year of huge growth, but it remains challenging given the wage indexation in Belgium (each employee costs 8.4% more today than in August 2021!!!), the high raw material prices and the many investments of the last few years that we have to pay off, but we are still reasonably optimistic.”

Besides acquisitions, the company has been investing heavily in its modern hybrid machinery for years. With the exception of 2020, at least one million euros was invested in innovative production equipment every year from 2018 onwards. In 2021, the Heidelberg XL106-8 for 3 million euros formed the ‘top’ of the investment list. From 2018, investments totalling around €7 million were made.

How do you see the industry’s near future?

Claes: “Of course, we see quite a few companies today asking themselves the question, how to proceed. Of course, the current situation plays an important role in this. Several cost items are out of line with what we were used to for years. On the other hand, market uncertainty also offers opportunities. So we will definitely remain active in the acquisition market in the coming years as well, in order to realise growth from outside in addition to organic growth.”

Sorry, the comment form is closed at this time.

We use cookies on our website to give you the most relevant experience by remembering your preferences and repeat visits. By clicking “Accept All”, you consent to the use of ALL the cookies. However, you may visit "Cookie Settings" to provide a controlled consent.
Cookie SettingsAccept All
Manage consent

This website uses cookies to improve your experience while you navigate through the website. Out of these, the cookies that are categorized as necessary are stored on your browser as they are essential for the working of basic functionalities of the website. We also use third-party cookies that help us analyze and understand how you use this website. These cookies will be stored in your browser only with your consent. You also have the option to opt-out of these cookies. But opting out of some of these cookies may affect your browsing experience.
SAVE & ACCEPT
Powered by